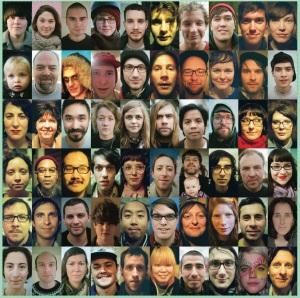 The new LP “Food. Shelter. Water” by OK Vancouver OK is now streaming in its entirety on Exclaim.ca! The vinyl is limited to /500 copies only and it’ll be out on Record Store Day (April 20th). Exclaim has interviewed bandleader Jeff Johnson about the record, which was produced by Eli Moore of K Records band Lake.

I am really excited about this release! Enjoy the music and see OK Vancouver OK come to your ok city ok this year on their massive world tour!