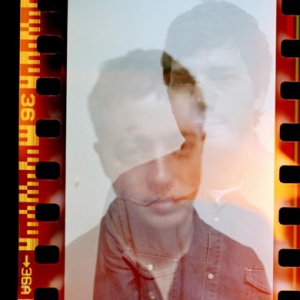 English electronic duo Mount Kimbie consists of Dominic Maker and Kai Campos. As part of their grand North American tour the Londoners graced The Biltmore on Thursday night and provided the crowd with a decidedly delightful, dreamy dance party. After releasing acclaimed first album Crooks & Lovers the two became known for their ambient soundscapes, their looping and sampling, and the creation of a minimal form of dub-step sometimes referred to as ‘post-dub-step’ which reaches out to indie and dance heads a-like.

Support came from Vancouver’s new-wave indie popsters No Gold and one man and his laptop; Babe Rainbow. At around 12pm the Mount Kimbie guys appeared and the crowd seemed to melt into an appreciative Zen state. Pops, clicks and scratches accompanied gentle melodies and got everyone dancing in a lovely chilled out down-tempo manner. Highlights included the sound-scaping wonder that is  “Before I Move Off”, the dreamy “Carbonated” and the noisy and pushy “Field”. Unfortunately the duo only had an album length set to perform, but hey the future looks bright for these two so that looks set to change.

I'm an arts graduate from the UK. I love art, music, travelling, reading and drawing. Dance with me, until I feel alright.
View all posts by hjwelshi »
« Previous post
Next post »