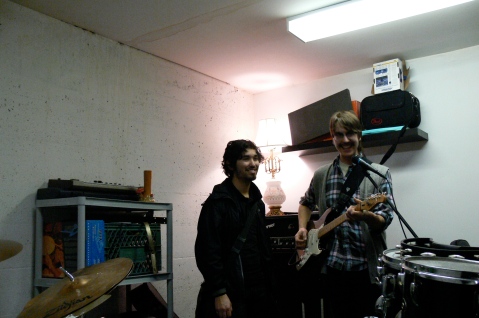 I’ve just got in from our first day in the studio with Eek! working on their new LP which is as-yet-untitled. I am producing it and Spencer is engineering, so you know we’re taking care of business and basically making every other producer/engineer team look super lame. Today we tracked three songs and did the vocals for one. Very productive, considering we were only there for a few hours. More updates coming, including a few of Julian’s famous studio-update videos! Stay tuned.

P.S. We were all saddened to hear of J.D. Salinger’s passing yesterday. As with everyone else ever, I was profoundly moved by Catcher In The Rye when I first read it, and it has remained a constant companion ever since.